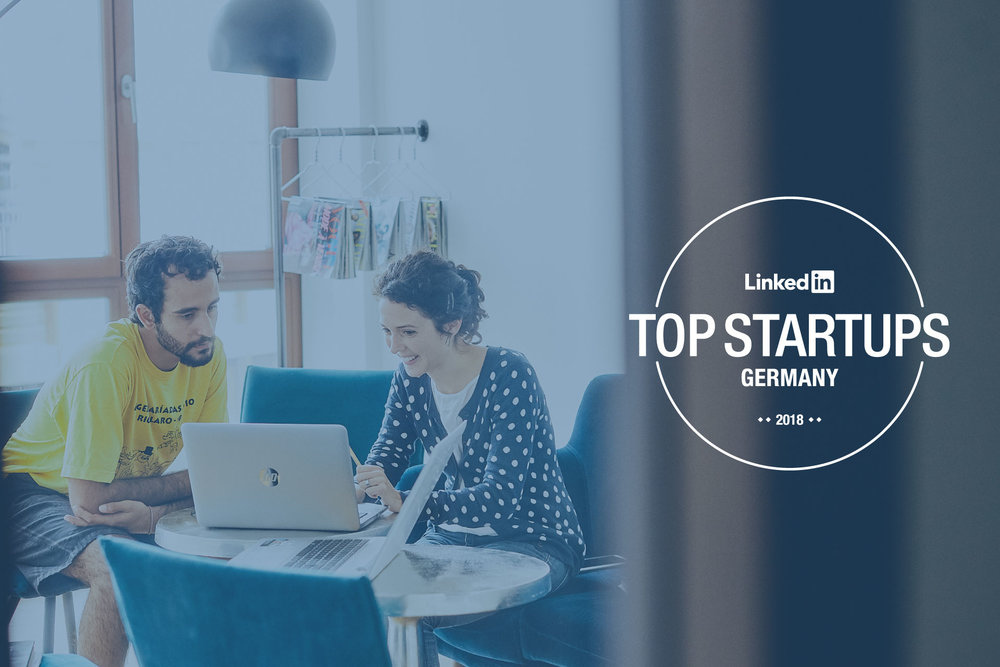 The Global Savings Group (GSG), a leading global provider of Commerce Content Solutions, has been named one of the Top 25 Startups in Germany by LinkedIn – cementing the Munich-headquartered company’s status as one to watch on the global stage.

The Global Savings Group (GSG) is officially one of the most exciting startups in Germany according to LinkedIn. The social network placed GSG number 23 on its annual breakdown of the country’s 25 startups after analysing billions of interactions from millions of LinkedIn members. The LinkedIn Top 25 Startups chart identifies young companies that are changing economies with disruptive ideas and trailblazing transformational ways to live and work. Employee growth, interest from job seekers, interactions with employees and the firm’s ability to attract top talent are also considered. To qualify as a LinkedIn Top 25 Startup, the organisation must be less than seven years old, employ more than 50 people and be located in Germany.

Sara Weber, Senior News Editor at LinkedIn Germany says the LinkedIn Top Startups list is a barometer of change and vision. “Founders start with an idea and the belief that their vision can really make a difference. This does not always work. But if they do, they can change the world: a breakthrough startup can turn entire industries upside down and completely transform the way we work and live. So it’s not surprising that we want to know more about how these founders and the people who work for them did it.

With the list of LinkedIn Top Startups, we want to show professionals and leaders the young companies that are at the forefront of changing our economy.”

With 400 employees worldwide and representation in more than 20 countries, GSG more than made the grade for LinkedIn. Founded in 2012, GSG helps millions of consumers make smarter shopping decisions with over 100 digital tools and assets connecting commerce to content with discount codes, product discovery and recommendations. As well as being recognised as one of German’s most exciting young businesses by LinkedIn, GSG is also a Financial Times top pick and appeared 10th on the second annual FT 1000: Europe’s Fastest Growing Companies list as a result of exceptional organic revenue growth and swelling staff numbers. It also scooped 42nd place in Deloitte’s 2017 list of fastest-growing companies in EMEA last December after posting a 2564% revenue growth, attributed to proprietary technology.

Andreas Fruth, Managing Director and Co-Founder of The Global Savings Group, says, “We’re delighted to be recognised as one of Germany’s Top 25 Startups. Germany is one of the most enterprising, innovative and forward-thinking countries in Europe with a thriving startup culture that’s really pushed us to do more, move faster and pioneer change. Being named a Top 25 Startup is testament to the hard work and creativity of our teams around the world and confirms that our technology truly is changing the way that brands and consumers connect.”